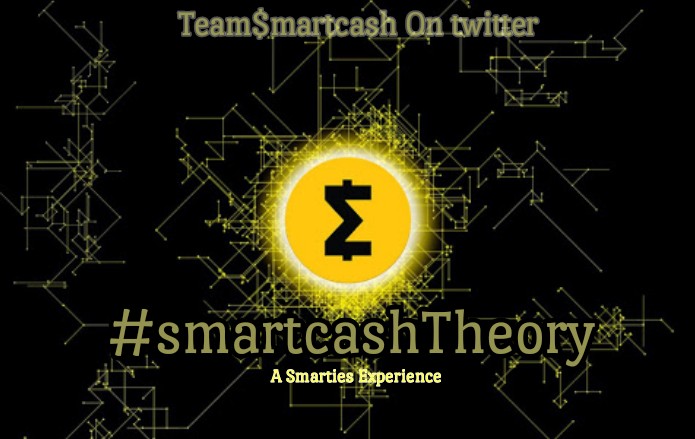 #smartcashTheory is a hashtag i invented through a proposal to campaign smartcash on twitter for massive adoption, a lot of you won’t know why or how i invented such hashtag and what triggered me to create something like that.

Just two weeks remaining before the conclusion of our campaign and with every of our activities yielding much good results i really want this few days remaining to be delightful, no magic involved but i believe with our hardworks we all can achieve something great and make smartcash bigger than our own imaginations.

I just want more of that hashtag and sometimes i sit and reminisce on how that hashtag could be something great.

first what is smartcash?

“SmartCash is a project born out of the desire to create a viable, fast, merchant oriented, user friendly and community driven cryptocurrency with a decentralized governance system”

And now what is Theory?

" Theory is a supposition or a system of ideas intended to explain something, especially one based on general principles independent of the thing to be explained."

a set of principles on which the practice of an activity is based on.

With those definitions above you would see that the chemistry of #smartcashTheory really rings a bell to the hearers.

Since the #smartcashTheory campaign on twitter started - we’ve gotten some great “wow” results and this results have really given us more hope and enthusiasm to further our journey of the smartcash experience. 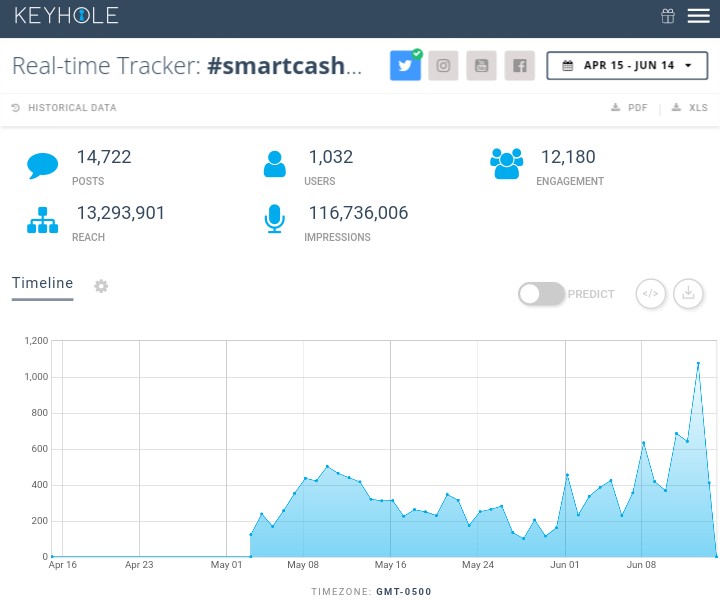 I made some separate analysis for the two hashtag and found out they are both intertwined with the way we tagged each others along - an analysis of #smartcashTheory would show #smartcash as the most used tagged and also an analysis of #smartcash would show #smartcashTheory as the most use tagged - this is sets our Google short links as the most visited direct links to smartcash official website on both analyzes based on the way we used it.
we often use smartcash.cc to refer users to the website but we decided to track our own ability of marketing smartcash on twitter.

Our dream is for smartcash to be adopted by everyone and before all this could be achieved some amount of water needs to flow under the bridge before all these could finally get actualize and that’s why smartcash needs the skills of every individual to come together and make the #smartcashDream achievable through community ideas and suggestions.

once we spot a tweet with #smartcashTheory hash tag, my team and i engage on such tweets through exposure with retweets and replying with same tweet context - this have been encouraging more users to engage and use our hashtag while tweeting.

Apart from our currently ongoing proposal, we do love to create a smartcash team on twitter -
An active smartcash twitter team that engages on tweets that have the hashtags - this will create a good impression on twitter users about the project and would make unknown users wants to know more about what the hashtag is all about and also makes users use it because of their observations as every tweet with such hashtag is engaged mostly with retweets and replies this would want to make alot of users want to use such hashtag and learn what it is all about - either #smartcash or #smartcashTheory is a call to my team-

with the hashtag popularity, this will really help the adoption process

only tweets that refers to smartcash or crypto related projects with the hashtag is shown exposure to the #smartWorld by the team
and anyone can join our discord servers/what’s app/and twitter groups if they want to.

this could only happen if we get the full support of @smartcash and the community - my team and i can go ahead and create something unique with the #smartcashTheory hashtag with each of our experience in it to speak of.

you can start the test run now

to see if it works.

A weekly contest is on to win smartcash until July 2

its called tweet your smartcash experience and win smartcash

Thanks for sharing the stats and keyhole tracking!

that’s not a problem at all, i wish i could do more you know -

This seems like alot of stuff for not alot of stuff. Those clicks could be generated, I know how to do that myself easily. I would think #smartcash would be their general hashtag for everything unless it’s being over used. Which I don’t see.

Or if your doing this for free then why not? Any exposure is exposure.

This would be a small portion of a marketing job, not singled out as a entire thing by itself.

Yeah you are right about this though but why personally generate it by yourself when you can do it professionally good -
or maybe if you had checked the twitter hashtag links, that would have saved you all the stress of thinking we made that up or perhaps if you’ve done that kinda cheating but yes you are wrong - each Google tracking hash tags registered each IP that clicks and visit the link - at the end of the campaign we got 4000+ clicks

e.g i just set a referral tracking link 6 hours ago and i already got 5 links visit and prandex messaged me 5times to make me get aware of my referrals

its even more than that cause we’ve being using smartcash.cc to invite users before i decided to track the process after 19days of the campaign has past.

meanwhile we can run some test on that, why don’t you send me a website link so i can send traffic there and see if it was made up or not as you will know the locations of where there are clicking from, not free though you have to pay with smart for the service

if we had used the smartcash hashtag as our main tracking hashtag then our results would have been different from this as lots of people uses the smartcash hashtag and this would increase our impressions - the aim of #smartcashTheory was to draw out analysis and also create a separate smartcash team on twitter for some period of weeks or months if re-endorsed.
Thanks